Pokémon Team Rocket Set- Everything You Need to Know

Pokémon Team Rocket Set- Everything You Need to Know

We’re continuing the Everything You Need to Know series with Team Rocket, the fifth expansion in the Pokémon TCG. The aim of this article is to take a deep dive into the Team Rocket expansion and go over all of the little details. If you love vintage Pokémon cards and want to know more about this particular set, you are in the best place to do so.

Team Rocket is the fifth main expansion of the Pokémon TCG in English, and the fourth main expansion in Japan (Base Set 2 was English only), featuring generation 1 Pokémon plus the very first secret rare cards. Team Rocket featured a total of 82 cards for the English release, and 65 for the Japanese release. This is because the English version of the set included non-holo copies of the 17 holo cards.

This set was the debut of Dark Pokémon. Dark Pokémon cards are indicated by the word “Dark” before the Pokémons name, such as Dark Dragonite. Dark Pokémon have a higher attack stat than usual but have fewer HP, representing the offensive nature of Team Rocket.

Only two theme decks were available for the Team Rocket expansion: Devastation (Grass/Water) and Trouble (Psychic/Grass).

The Team Rocket expansion was the first to include a secret rare Pokémon card. This means that the card’s number exceeds the total of the set. In this case, Dark Raichu (83/82) is the one and only secret rare. Dark Raichu is a holofoil and does not have a non-holo variant in the set. The Japanese version of Team Rocket, Rocket Gang, did not include a Dark Raichu at all. 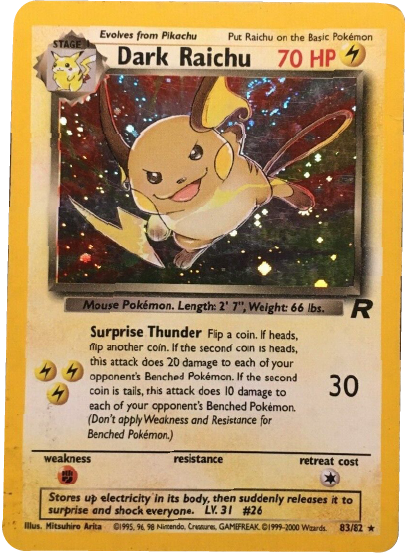 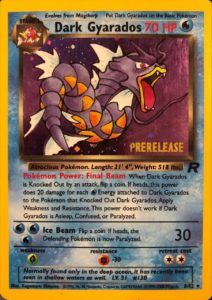 Similar to Dark Gyarados, Dark Arbok is available as both a holo (2/82) and non-holo (19/82) in Team Rocket and was chosen as the Hong Kong Pokémon League promo in February 2001. A copy of Dark Arbok with a gold ‘W’ stamp in the illustration box was available at the Hong Kong event. Dark Arbok famously has an error in the copyright (see ‘Error Cards’ below) that was corrected for only the ‘W’ stamped version.

Dark Charmeleon is available in the Team Rocket expansion as only a non-holo (32/82). Another copy was printed with a gold ‘W’ stamp in the illustration box. This promo was only available as a Kraft Foods giveaway in Australia.

There were two main problems with the quality of the English Team Rocket expansion.

Insufficient Ink on Unlimited: Many cards from the unlimited run of Team Rocket suffer from ink insufficiency. This resulted in a washed-out-looking card. Interestingly, this only occurred on holofoil cards, but was still quite common.

An unknown number of Dark Arbok (2/82) were printed with the holofoil shifted slightly to the left. Resulting in a line on the inner right side of the illustration box.

Another error on both holo and non-holo Dark Arbok is the copyright reading “©1999-23000” instead of “©1999-2000”. This copyright error remained uncorrected except for the Hong Kong ‘W’ stamped promo. 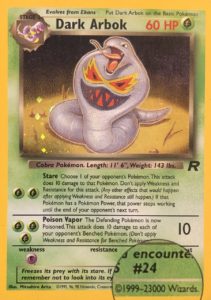 An unknown number of unlimited print Dark Charizard cards have an excessive amount of blank ink. All aspects of the card including black ink can come out obstructed, extra bold, or even smeared.

One of the most sought-after errors to date is the missing holofoil Dark Dragonite. A number of Dark Dragonite (5/82) were accidentally printed without the foil treatment of the card stock. This occurred on both 1st edition and unlimited, and should not be mistaken for Dark Dragonite (22/82), the non-holo version.

Another error occurred for poor Dark Dragonite, as the attack cost energy symbols were misaligned for the ‘Giant Tail’ attack. This error went uncorrected.

In addition to the first error, there is a space missing between “Pokémon” and “Apply” in the text of the Pokémon Power. 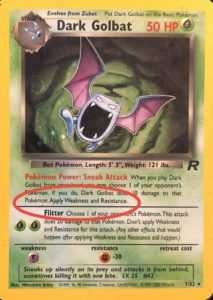 On all copies of Dark Rapidash, the Pokémon stats text is missing the word “Length”.

In both the 1st edition and unlimited non-holo Dark Vileplume copies, it was accidentally printed with a Fighting weakness instead of a Fire weakness.

An unknown number of unlimited Charmander cards have a small black ink dot above the ‘d’ in Charmander.

Grimer has an attack called “Poison Gas”, however, the effect puts the opponent’s Pokémon to sleep when it should poison them as the Japanese version of the card does.

How to Tell if a Card is From Team Rocket

Most vintage Pokémon cards look similar, but Team Rocket cards have a bold stylized ‘R’ as a set symbol. It can be found outside the illustration box at the lower right-hand corner. Additionally, you can always check the bottom right corner of the card where the card’s identification number is. Team Rocket has 82 cards in the set, therefore the numbering will be in the format of X/82, followed by a rarity symbol. 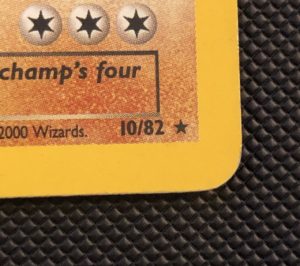 *Prices are based on recently sold eBay listings. As some cards have not been listed within the past 6 months, no data can currently be collected. Data will be updated when available.

Pokémon cards are all about collecting, and completing a vintage set is one of the most exciting things a collector can achieve. Team Rocket is in kind of a sweet spot where it’s far enough away from Base Set so as not to be too expensive, but still vintage and highly sought-after.

If you’re looking to purchase a completed Team Rocket master set, you’ll have to decide whether you want 1st edition cards or not. As you can see in the table above, that little 1st edition stamp can double or sometimes triple the cost of a card. Let’s have a look at some eBay listings.

Digging deeper into sold listings, there are multiple unlimited complete sets that have sold for about $1,000 each. 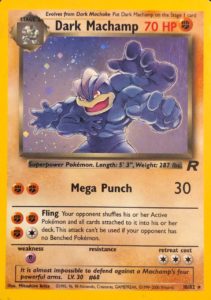 Supply and demand is what drives the Pokémon market, and this is critical to investing in vintage cards. Obviously, these cards are no longer printed, so every day the supply dwindles by a small amount. This goes for sealed product especially, as people open vintage packs every day. 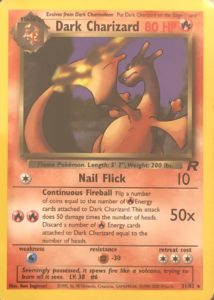 Team Rocket is a great entry-level into vintage Pokémon card collecting because it hasn’t yet exploded in value the same way that Base Set has. Since 2000, Team Rocket cards have very slowly increased in price and will continue to increase. It’s probably a smart idea to purchase some Team Rocket cards or sealed products to hold onto.

Team Rocket was an amazing expansion because it introduced Dark Pokémon and the very first secret rare. In addition to this, the set ended up bringing us some of the coolest error cards to date, such as the incredibly rare missing holofoil Dark Dragonite.

For a fan of generation 1 Pokémon, Team Rocket is a must-have expansion. Hopefully, you have some leftover from your childhood collection!