Pokémon Base Set 2- Everything You Need to Know

Pokémon Base Set 2- Everything You Need to Know

We’re continuing the Everything You Need to Know series with Base Set 2, the fourth main expansion to the Pokémon TCG, and the first expansion to not have a Japanese equivalent. In this article, we look at the history of Base Set 2, noteworthy cards, common errors, and the most valuable cards from the set.

Base Set 2 was a unique expansion for a number of reasons. It did not have a Japanese equivalent, like the previous expansions. It’s unknown exactly why but the Japanese and North American markets have vast differences so it could be related to marketing or perhaps a contract stipulation with Wizards of the Coast.

Another unique trait of Base Set 2 is that it was printed in English only, meaning you won’t find any Spanish, German, French, Dutch, Italian, Portuguese, Russian, and of course, Japanese cards. This set was also printed without a 1st edition run. All cards from Base Set 2 are unlimited.

Unlike any other expansion thus far, Base Set 2 consists of reprints only. The expansion is made up of reprints from the previous expansions Base Set and Jungle. Base Set was insanely popular and this gave customers a second chance to pull their favorite cards again. This resulted in the biggest Pokémon TCG expansion yet, totaling 130 cards.

Released in North America only.

A Base Set 2 Wartortle card was included in the March 2000 issue of Top Deck Magazine. This card has a gold-stamped stylized ‘W’ just below the set symbol. The stylized W is the Wizards of the Coast logo and only seven cards in total received this special stamp.

This error was corrected shortly after the expansion began printing, so it is quite possibly the rarest error of the set. A small number of Poliwrath cards had a small blue ink spot on the top right of the swirl on Poliwrath’s belly.

This error is infamous for being more common than the corrected version. In the first three prints of Base Set and Base Set 2, Vulpix’s HP reads “HP 50” instead of “50 HP”. This wasn’t corrected until the fourth print of Base Set, in 2000.

The sex symbol after the name “Nidoran” at the top of the card should not have a space before it. The card should read “Nidoran♀”, not “Nidoran ♀”.

The sex symbol after the name “Nidoran” at the top of the card should not have a space before it. The card should read “Nidoran♂”, not “Nidoran ♂”.

The Wartortle cards with the Wizards ‘W’ stamp have a smaller than normal water energy symbol next to the HP at the top right.

How to Tell if a Card is From Base Set 2

Since Base Set 2 is comprised of reprinted cards, there can sometimes be confusion among newcomers when it comes to identification. There is obviously a Base Set 2 set symbol to look for, but there are some other differences too, depending on the card.

The previous three expansions to the TCG have had a star galaxy pattern as the holofoil treatment on the cards. Base Set 2 was the first expansion to use the cosmos holo pattern for all of its holo cards. A keen eye can spot the difference quickly, but anyone can see the difference when the cards are placed side-by-side. Knowing the different holo patterns is key, as it can help to detect possible fake cards.

*The fourth print of Base Set and Jungle cards from the very rare Australian red-logo booster packs will also have a copyright date of 1999-2000. 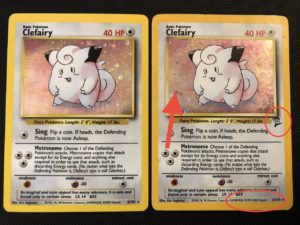 Most Valuable Base Set 2 Cards

If you’re interested in buying or selling a complete Base Set 2 set of cards (often referred to as a master set), eBay is probably the best place to start. Prices will depend greatly on the condition of the cards, mainly Charizard, then Blastoise, and Venusaur respectively.

The days of purchasing an affordable Base Set booster pack are gone. However, Base Set 2 has great-looking packs that are still affordable. Since there was no 1st edition for Base Set 2, the booster packs aren’t too expensive.

Are Base Set 2 Cards a Good Investment?

If you’ve made it this far into the article you should have grasped the fact that Base Set 2 is rather undervalued. Let’s face it, a Base Set Charizard is climbing to unaffordable prices, so why not go for a Base Set 2 Charizard?

Vintage cards are always a good investment if you can snag the product at a reasonable price. Supply is always decreasing which slowly drives demand up. As mentioned, Charizard is the biggest card from Base Set 2 and as a rule, vintage Charizard cards are almost always a smart investment. These older sets are slowly creeping up in value and owning some sealed booster packs or graded holo cards would be a huge benefit in just a few years.

Should you invest in Base Set 2? Yes, it is probably a good idea. 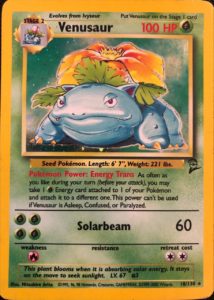 Base Set 2 is the first weird set from the Pokémon TCG. From not having a Japanese equivalent to only containing reprinted cards, Base Set 2 stands out from the WotC era of Pokémon because it doesn’t really offer anything cool. The set is undervalued as an investment and underappreciated as a collector’s item. But that kind of makes the set cool doesn’t it?