Does MNT Grading Increase Your Cards Value?- A Study

Does MNT Grading Increase Your Cards Value?- A Study

Some people have their cards graded as a method to increase the value of the card and grow the potential return on their investment. This is most commonly done by using the PSA grading service in the USA, but Canada has its own grading service that is cheaper, easier, and assigns harsher grades. But does it increase value? 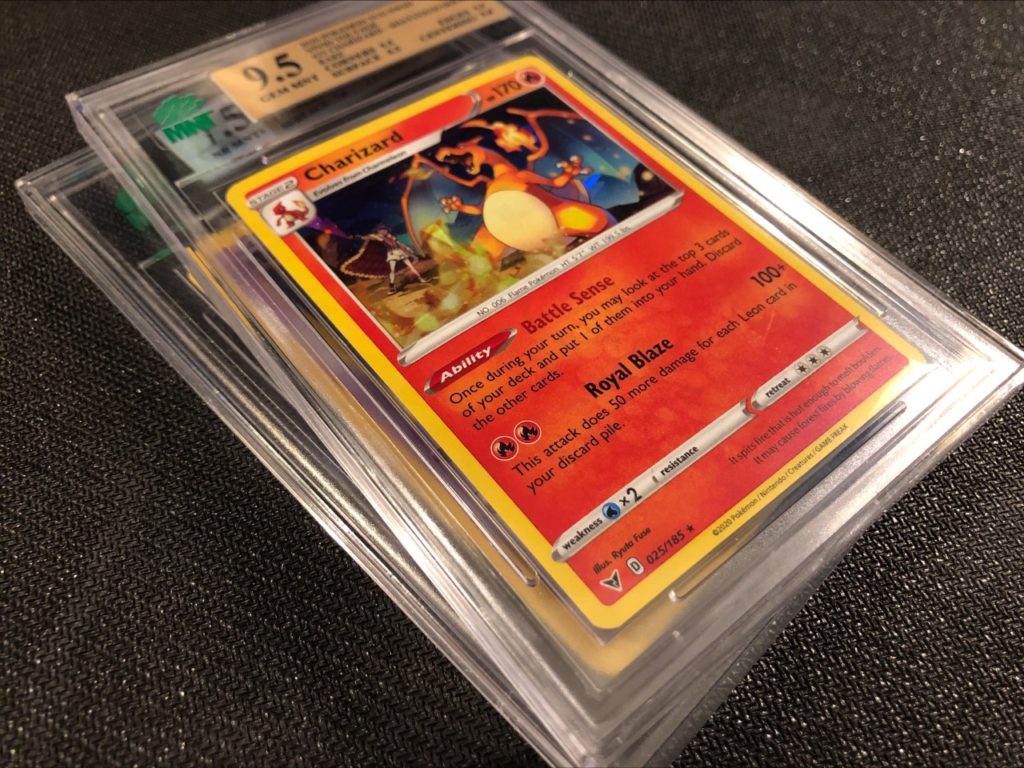 We wanted to know how much of a value increase a Pokémon card will get if it is graded through MNT, in comparison to PSA. So we collected data from eBay and laid it out into a nice little chart.

A few things to note:

Twenty MNT graded cards were found on eBay sold listings and compared to PSA slabs of equivalent grade, and also compared to the raw card but always in nm-mnt condition.

MNT offers a tier above a 10 grade similar to Beckett Grading Services, and this is the Flawless 10, also known as a “black label 10”. In the case that a MNT Flawless 10 graded card had to be compared to a PSA 10, no adjustment was implemented. Within this data, a MNT Flawless 10 is equal to a PSA 10. When this comparison occurs, the MNT card name will be assigned a superscript “F”.

MNT grading offers half-point grades. In this case, the MNT grade will be compared to a PSA grade of a half point higher. The reason the grade is rounded up is due to MNT being far more strict on their grading. For example, an 8.5 from MNT will be compared to a 9 from PSA. When this comparison occurs, the card name will be assigned a superscript “+”.

Card selection was as best at random as possible, utilizing the People who viewed this item also viewed section of the listing page. Both modern ad vintage cards were included.

This data was collected from eBay sold listings from the previous 6 months of the writing of this article. It is common for the market values to fluctuate drastically on occasion, so anything beyond 2 standard deviations of the mean will be disregarded and not included in the data. Basically, anything highly unusual was not recorded, but these anomalies were sometimes noted in the Interesting Observations section below.

In the case that there were multiple copies of a card recently sold at various prices, an average price was taken using pokedata.io as a reference. In the scenario that pokedata.io provided skewed data or failed to provide data, the ten most recent sold listings were chosen, and an average was calculated to produce a result. Shipping costs were not included.

All prices, unless otherwise noted, are in USD. Oh, and all prices have been rounded to the nearest dollar.

On average, a MNT graded card gained 182% value over a raw card and grading with PSA found a 361% increase in value.

If one were to cross-grade from MNT to PSA, they would realize a 198% increase in value.

Overall, PSA sold listing data is much more robust than MNT sold listing data. This is important to note because the data could potentially be misinterpreted. The data above represents MNT slabs compared to the average raw card data and the average PSA data. The MNT slabs are not averaged (in most cases), therefore the values will be less robust.

This data represents the values at which MNT slabs are being sold compared to the market of the industry standard slabs- PSA.

On average, a MNT slab will sell for 1/2 of a PSA slab of equivalent grade.

The largest increase in value from MNT to PSA was Blastoise 2/201 (Celebrations), which I covered under the fourth entry in the Interesting Observations section.

The smallest increase in value from MNT to PSA was 1st Edition Machamp 8/102 Shadowless, which was actually an increase of 0 since they both sold for $25.

The biggest increases in all categories were the Charizard cards. This is probably due to the nature of investment when it comes to Pokémon cards. Charizard is usually a sound investment, especially graded.

This data only includes twenty cards. This isn’t a large enough sample size for an all-around robust show-stopper kind of result, but it does provide a detailed look at the current market and also provides real data to back up MNT slab sales.

MNT is a Canadian grading company and therefore gets thrown into the category of “no-name” grading companies when Americans don’t recognize the name. In reality, MNT was established in 2016 and has since then dominated the Canadian market. Canadian Pokémon card collectors are hesitant to send their cards out of the country and pay in USD, so MNT provides a great alternative.

The majority of buyers in the card market are American and don’t recognize the MNT name. This can be a kind of win-lose situation. On one hand, your cards are going to miss out on about 50% of the potential profit from being graded by MNT. It’s clear that PSA dominates when it comes to profits. However, MNT slabs often fly under the radar and collectors are able to scoop up expensive cards at great prices.

For my lengthy review and personal opinion on MNT Grading as a service, check out my review.

This study of the eBay market was in no way intended to be professional or formal in any sense, really. I created this data chart and put in the work to support MNT as a grading service and perhaps bring some attention to their reputable and strict grading process. I am in no way affiliated with MNT grading and I am not sponsored by them.