You may have noticed a card in your old collection that has the word ‘PRERELEASE’ printed right on the artwork of the card. If you have one, you’re rather lucky. Some prerelease cards can be exceptionally rare, and some are worth big bucks.

A prerelease Pokémon card is a promotional card with the word “PRERELEASE” printed on it, or instead, the expansions logo. These are given out for free at prerelease events, typically held two weeks prior to a new set’s release date.

Prerelease cards actually go all the way back to the early days of Pokémon. While the hobby has transformed greatly over the years, prerelease events are something that has always been popular.

What Does Prerelease Mean?

Speaking of collectors, some prerelease cards are actually pretty valuable these days. The most expensive ones are from the Wizards of the Coast (WotC) era.

Wizards of the Coast Prerelease

WotC only ever produced four (actually five, but we’ll come back to this!) prerelease cards, each awarded through Pokémon League events.

Those four cards are Clefable, Aerodactyl, Dark Gyarados, and Misty’s Seadra. (Those are eBay links if you want to check prices)

All four are rare and collectible. Clefable is the most sought-after, as it is the first prerelease ever, and among the first Pokémon cards to ever exist in English. However, WotC didn’t have the chance to produce more prerelease cards before being acquired by Pokémon USA.

After Pokémon USA acquired the contracts and later became The Pokémon Company, prerelease cards were back on the press and comin’ in hot.

The new prerelease cards were being produced as normal up until the Luxio prerelease from Diamond & Pearl in 2007. This Luxio had another variation where the word “STAFF” was printed on the card opposite where “PRERELEASE” would be. This was the first ever staff card, which now sells for big money.

After this, staff cards became a common practice at the prerelease events, and are always very collectible and a smart investment (if you’re into that).

With the release of the new expansion set Fates Collide, prerelease cards now came in not one, but four variations. This made collecting every prerelease card a little more difficult (or more fun, you could say). 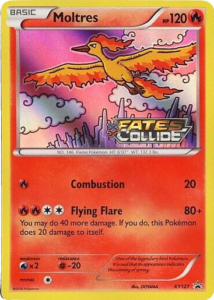 In a way, all prerelease Pokémon cards are rare. However, the older they get, the more sought-after they become. If you have old prerelease cards, take care of them.

Another factor to consider is how popular the hobby was at the time of release. For example, the Call of Legends prerelease Snorlax is pretty expensive because the Pokémon TCG wasn’t very popular at the time, thus less cards were printed.

For a very long time, the prerelease Raichu was only a legend. Some chose to believe its existence, others wrote it off as another Pokémyth. Even WotC denied it for years when questioned.

As the story goes, WotC was printing the prerelease Clefable cards when some Riachu cards snuck onto the sheet, accidentally being stamped with “PRERELEASE”. Supposedly the cards were given out to some Wizards employees.

However, in 2006, a Wizards employee finally released an image of the fabled card. 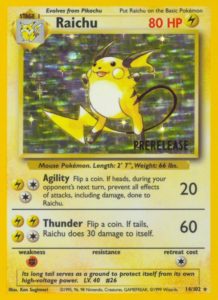 And that’s kind of the end of the story. The prerelease of Raichu is yet to be completely 100% for sure confirmed by the community. Why? Well, only about eight are believed to have ever been made, and after 20+ years, less than eight probably still exist.

To make matters worse, the prerelease Raichu has been faked many times over. It’s an exceptionally easy card to fake since it’s just a Base Set Raichu with a stamp. If you find a listing on eBay for a prerelease Raichu, there is a 99.99% chance it is not real.

For now, it might as well still be a myth. Hopefully one day I can delete that sentence, but that day has yet to come.

When/if a prerelease Riachu ever does come to light and is sold publicly, you will know, as it may be one of, if not the biggest sale in Pokémon history.

Absolutely they do. To get some, you’ll have to attend some prerelease events for new expansion sets. Or, you can check the secondary market such as eBay or tcgplayer.

These days, (starting with the Black & White expansion) prerelease cards don’t have the “PRERELEASE” stamp on the, but the set logo instead. Also, there are four different prerelease cards, instead of just one.

The Most Expensive Prerelease Cards

As a general rule, the older the prerelease card, the more valuable it is going to be. That being said, there are plenty of exceptions so you’ll have to do some exploring to find all of the nuances.

The prerelease Clefable is definitely one of the most valuable of all prerelease cards, and pretty rare. 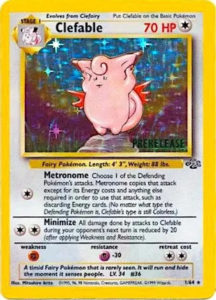 We should also mention the Vivid Voltage Charizard staff promo. This card often sells for over $2000 in a PSA 10. 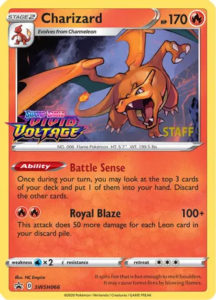 After this, I would recommend looking at staff cards. These are also prerelease cards but more rare and valuable. The harder it is to work at an event, the more valuable the staff card is going to be. For example, the World Championship is only in one location, and only 2-3 days long. Therefore, the staff cards are tough to get a hold of, making them very valuable.

But of course, if the Raichu ever surfaces, that will be the definitive most expensive staff card.

Collecting prerelease cards could prove very fulfilling and possibly rewarding. These cards will go up in price over time. Staff cards are one of the untapped secrets of the hobby right now, as they aren’t in the spotlight that often. If you are interested in getting into the prerelease collecting scene, I would recommend starting with the WotC cards, as there are only four to collect. After that, check Bulbapedia’s page for a full list of all the prerelease cards to date. 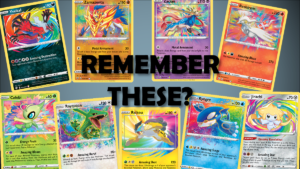 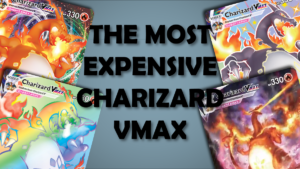