After the huge success of the anime My Hero Academia (MHA), a new MHA trading card game hit the shelves, ready for fans around the world to start collecting and, of course, battling each other. As with all new TCGs, it can be intimidating at first. The cards are unfamiliar, the numbers and symbols don’t make any sense, and you don’t really know if you pulled a good card from a pack or not. We break it all down in this helpful article.

The My Hero Academia Collectible Card Game was released on October 15, 2021, by the publisher Jasco Games. What’s interesting is that the MHA CCG is part of a bigger card game called Universus, which debuted in May 2020. 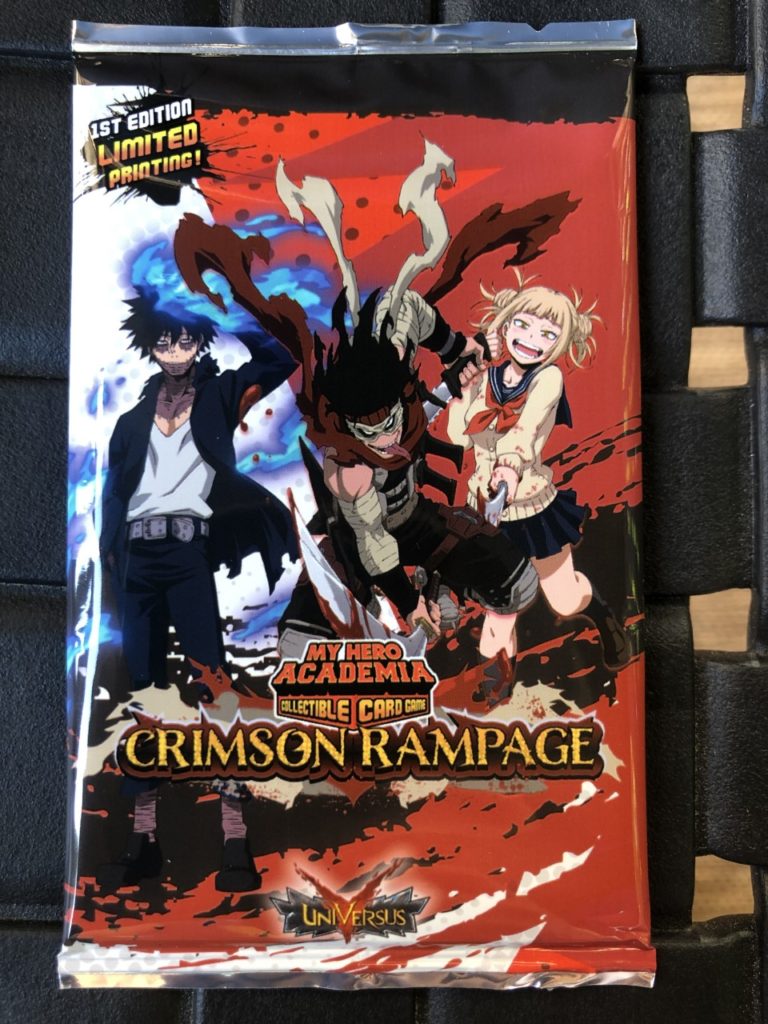 How to Play the Game

If you want to head straight over to the official How to Play PDF, go ahead, but we’re going to cover some of the basics here as well.

The MHA CCG is playable with only MHA cards, but it is actually part of a much larger universe of cards called Universus. Universus is a card game that includes many different IPs such as MHA, Soul Caliber, Cowboy Bebop, Street Fighter, and more.

To start out, each player must choose a character card. This can be a hero or villain.

In addition to character cards, there are two more card types: Attack (orange) and Foundation (grey).

Attack cards are, well, attacks. These cards will be how you deal damage to your opponents.

Foundation cards are abilities and can be used to unblock more abilities even after the run that they are played.

A match of MHA CGG is won by winning the best 2 out of three. There are two ways to win. You can either reduce your opponent’s health to 0 or cause your opponent to draw all the cards from their deck.

There are actually a few more ways to win a match, but these are unique conditions specific to some cards.

The MHA CCG has card rarities just like any other card game, and they aren’t too difficult to decipher. To find the rarity, check the bottom right corner of the card.

Are My Hero Academia Cards Valuable?

The short answer is no, but there are a handful of MHA cards that can be sold for around the $100 price point.

As with any TCG, cards go up in price for two reasons, collectibility and usability. Some rare cards are in high demand and collectors are willing to pay top dollar for them. Other cards have an actual practical use in the game itself, drawing in avid players who want the card for their deck.

In both cases, cards don’t usually hit the four-figure price point within the first few years of the game’s release. In this case, MHA cards are only 1-2 years old, having been released mid-2021.

Should you Invest in MHA Cards?

Trading cards are now known to be potential investment goldmines, after the extreme value hike of original Pokémon cards. While the Pokémon TCG is an established hobby with over 25 years under its belt, this doesn’t mean that new games don’t have a shot too.

If we look at other collectible card games that have recently debuted, such as Digimon or Fortnite, we see some high-value cards. Some are $500+, while many are in the $100-$499 range.

It’s impossible to know if MHA cards are going to increase in value, but the success of the anime plays a large factor here. As long as the show is going strong (which it is), the card game has a very decent shot at surviving in the card market and even flourishing.

Should you invest? No one knows, so the decision is up to you.

The Most Expensive My Hero Academia Card

Currently, the most expensive MHA card is Midnight, which happens to be a promotional card.

There are two versions of this Midnight card. As a reward for the top 8 competitors in a tournament, Midnight was given out as a reward. This card has ‘Top8’ printed right on it, and is the more expensive version of the card.

Tcgplayer currently has some copies available for around the $300 mark.

This card is also available through Jasco Games’ loyalty point program. Players can earn loyalty points by participating in weekly tournaments or sending in their booster pack wrappers for 1 point each.

The promotional Midnight card is worth 40 loyalty points. And can be found on tcgplayer for about $30.

Getting Started With My Hero Academia Cards

If you’re not currently obsessed with Pokémon, MTG, or Yu-Gi-Oh!, then the MHA CCG might be your thing. If you’re a fan of the anime, the cards will appeal to you, as most feature artwork straight from the show! But really, its a super cool card game and I highly recommend very checks out Universus.