7 Pokémon Cards That Exploded In Value

7 Pokémon Cards That Exploded In Value

Ever since its release in 1996, the Pokémon Trading Card Game (TCG) has been one of the most successful and popular spin-off card games ever made. What started as some kids buying 1st edition Pokémon cards for a few bucks turned into a massive collector market, with some cards going for unbelievably huge sums of money.

Today, the Pokémon card-collecting market is more active than ever with older cards going into auctions the world over. If you’re one of the lucky 90s kids that sat on their cards and have them in good condition, you could be a couple of hundred dollars richer or even thousands if you get really lucky. The rarest cards have absolutely exploded in value and go for hundreds of times the amount they were originally purchased for.

The rarest and most sought-after cards are undoubtedly the original Base Set cards that were released decades ago. There is a whole grading system such as PSA that grades their condition from 1 to 10, and even one-point differences can cause great fluctuations in a card’s value.

In this list, we’re going to mention 7 of the rarest cards that have exploded manifold in value and are the dream of every collector. Who knows, maybe you’ve got one of these just randomly lying around in a box in your attic. 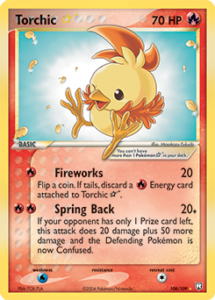 Released in 2004 along with other ‘Gold Star’ Pokémon cards, Torchic became popular as one of the rarer cards released that year. Everyone adored the artwork on the card and collectors were desperately looking for ways to own one.

Not too far back in 2016, the card was in the market for around $300, which comes as a huge surprise to many newer collectors. In 2020, a PSA Gem Mint 10 variant of the card sold for a whopping $25,400, the value of the collectible being increased by thousands of dollars compared to the release. 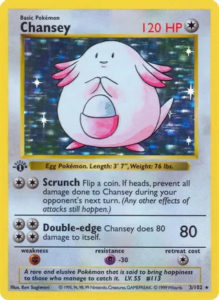 The 1999 Base Set contains some of the most popular collector’s cards in the entirety of the Pokémon TCG. Cards from this set have gone for mind-boggling amounts of money and remain highly sought-after to date. The 1st Edition Chansey is another gem from this set, initially an underdog when it came to collector value.

1st Edition Base Set cards have a great amount of nostalgia associated with them, this is one of the reasons they sell for insane amounts of money. Therefore, Chansey which was priced at around $20,000 about 3-4 years ago, sold for almost $37,000 in a 2020 auction. 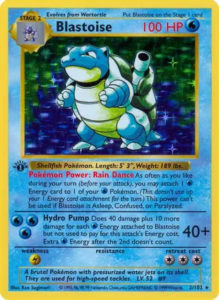 If you were around when the original Base Set was released back in 1999, you probably remember all the hype around the Blastoise card. ’90s kids were head over heels in love with Blastoise, making it a highly sought-after card.

The 1st Edition Shadowless card especially is a premium collector’s item and has always raked in good sums of money. But recently, the popular collector’s item has seen an even greater jump in its price, with a Gem Mint 10 Base set Blastoise being sold for around $45,000 in a 2020 auction. 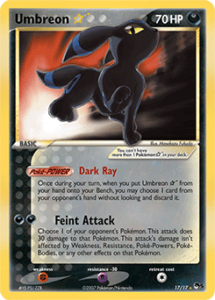 Umbreon Gold Star has always been a highly coveted card in the Pokémon TCG. This has to do in part with how difficult it was to obtain one. Players had to win a lot of matches at Pokémon Player’s Club events to accumulate the required amount of XP to get their hands on Gold Star Umbreon.

These cards are very rare and don’t often go up for sale, hence their value has only increased in recent years. In June 2021, a Gold Star Umbreon was auctioned for a mouth-watering $70,000. It had a BGS rating of 9.5, which is something we don’t see very often in Pokémon auctions.

This was card rereleased in 2021 as part of the Celebrations Classic Collection. This card is identical to its brother but now had a confetti holo pattern and a 25th-anniversary Pikachu stamp. Now you can pick this card up for about $15 if you want one in your collection. 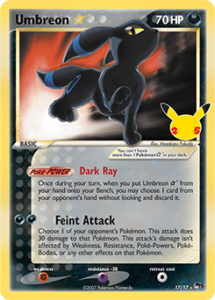 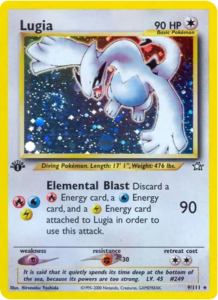 Lugia was a major hit upon its release in 2000, with veteran players having fond memories of the legendary card back in the time. Today, it is one of the most coveted Pokémon collectibles in the TCG. Collectors all over the world hunt for the card in a bid to call it their own. 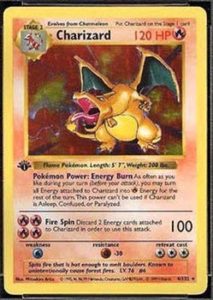 If you’ve ever even remotely been involved with the Pokémon TCG, either as a collector or a player, there is a great chance that you’ve heard of the 1st Edition Charizard from Base Set. One of the most sought-after cards back in ’99, Charizard kept kids, who were desperate to own it, waiting in lines to open booster packs so that they could get one.

The Shadowless version of the Base Set is currently one of the highest-valued Pokémon collectibles that you could own. Celebrities like rapper Logic have paid over $226,000 for the card. This has only added to the card’s value with prices drastically going up. The latest reports come from a 2022 auction, where a 1st edition Shadowless variant was sold for an unbelievable $420,000. 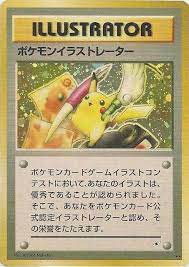 You don’t even need to be associated with the TCG to know this card. You’ve probably seen YouTuber Logan Paul rocking this card in his WrestleMania debut. The most valuable Pokémon card in the world is the highly-acclaimed Pikachu Illustrator released by CoroCoro in 1997. It was given as a prize for an art competition held by the manga magazine back in the day.

Currently, Logan Paul owns a $6,000,000 Gem Mint 10 version of the card that he had bought privately in exchange for his PSA 9 variant along with $4 million in cash. The value of this Pokémon card is projected to grow even more as very few of them actually exist.

And this concludes our list of the 7 Pokémon cards that exploded in value. You might want to check your attic or your parent’s basement for that pack of Pokémon cards you once bought, maybe you’re sitting on a fortune. 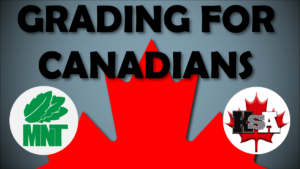