The Difference Between Pokémon EX and GX (with examples)

The Difference Between Pokémon EX and GX (with examples)

Every new era of the Pokémon TCG tends to introduce new card mechanics that heavily shift the gameplay style. From a collector’s perspective, it’s all about aesthetics, but from a competitive player’s perspective, it’s all strategy. Therefore, these new card designs must satisfy both worlds, and this results in some truly amazing cards. Two recent examples would be Pokémon EX cards and Pokémon GX cards. Let’s take a deep dive and see what the real difference is between the two.

The main difference between EX and GX cards is the design of the card itself, and that GX cards have a special GX move that may only be used once per game. Also, EX Pokémon have the ability to Mega-evolve, unlike GX Pokémon.

All differences between EX and GX Pokémon cards 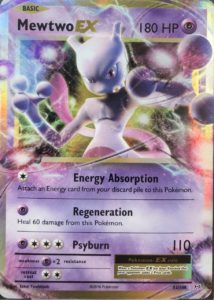 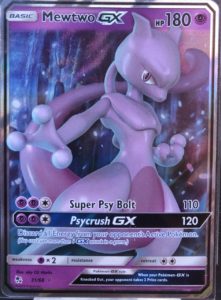 The Pokémon TCG started over 25 years ago and is constantly evolving in order to stay fresh. EX cards (not to be confused with ‘ex’ cards) were first introduced in the 2012 expansion Black & White- Next Destinies. EXcards are powerful Pokémon with high HP and high attack stats. All EX cards are treated as Basic Pokémon. For example, a Blastoise must be evolved from a Wartortle, but a Blastoise EX does not. An exception is Mega Evolved Pokémon. M Blastoise EX must be evolved from Blastoise EX.

GX cards were first introduced in the Sun & Moon expansion, and phased out EX cards, being similar in nature. There are some differences, however. GX Pokémon are treated as their regular stage of evolution. Blastoise GX must be evolved from Wartortle, unlike Blastoise EX.

Another difference is that GXcards have special GX attacks that are only allowed to be used once per game. When a GX attack is used, a special GX marker must be placed to indicate that the player has used their only permitted GX attack.

GX cards can also be found as Rainbow Rares or Full Art cards. There are no Rainbow rare EX cards. 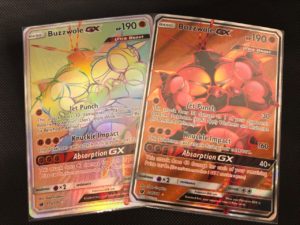 Tag Team Pokémon GX cards were introduced with the Team Up expansion in 2019. Tag Team cards feature more than one Pokémon and are always GX cards. There are no Tag Team EX cards.

With The Pokémon Company constantly refreshing the TCG, there are some drawbacks such as confusion among newcomers. It’d be important for competitive players to understand the current meta and game mechanics, while collectors never have to focus on that aspect of the card. There is a clear benefit to both playing the TCG and collecting. If you don’t know how to play the TCG, we implore you to try it!