Today Fortnite is the third-largest eSport game in the world with over 4 million daily users. It should be no surprise when you go to the store and find toys, games, and now trading cards with the Fortnite branding. But trading cards would be a tough market to break into, wouldn’t it? Pokémon, Magic: The Gathering, and Yu-Gi-Oh dominate the industry, and that’s before we consider sports cards. So how the heck do Fortnite cards work and are they worth anything?

Fortnite trading card expansions are called series (for example, Series 3) and often include 300+ cards per series. Cards are sorted by a rarity scale, not unlike the one used in the online eSport game. There is no trading card game to be played with the cards; they are just for collecting.

Unless you’re brand new to trading card games, you already know that most cards are worth very little. However, there is always a chance at pulling a rare ‘chase’ card that drives the force behind opening booster packs.

Fortnite trading cards are still fairly new, and thus the most valuable cards have yet to reach prices such as Pokémon or some sports cards, but some Fortnite cards can be valuable. Spoecifically, Series 1 cards (the first set of Fortnite cards released) have grown in value. Many Series 1 cards sell for $100+.

The chart below lists the top 5 most expensive Fortnite cards. As you can see, most of them have the ‘cracked ice’ holo pattern. Upon scrolling through recent sales, we noticed that many cracked ice holo cards fluctuate in price and tend to compete with each other for top dollar. Other holo patterns such as the ‘laser’ holo are nice but do not seem to compete with the cracked ice pattern.

*Prices are based on recently sold eBay listings.

Some of the Most Expensive Fortnite Cards are Promotional

Many expensive trading cards were distributed as promotional. This is true in all trading card games such as Pokémon, and of course, is true with Fortnite cards.

Promo cards are included in a variety of products, but are most easily found in the Blaster Boxes. They usually feature a unique holo pattern not included in the main set.

Interestingly, the Series 1 Mega Boxes sell for a high price on eBay, one having recently sold for $1,000. Many of the Series 1 cards sell for ~$100 if they have the cracked ice holo, but it is unlikely that one could make their money back on a purchase such as this. Perhaps the price spike comes from the hype of a Pokémon Base Set booster box which now sells for tens of thousands.

Fortnite trading cards are released in Series and contain around 300 cards per series. The cards are categorized by a rarity scale, not unlike the one in the online eSports game. Each card will have the PANINI logo on it (The Llama head in the circle) with a color indicating its rarity level.

Each card will also have a number, indicating its place on the Series setlist.

In addition to the rarity of the card, any card can also be found in a pack as a holofoil. A holofoil is when the card is manufactured with a very thin layer of aluminum, resulting in a reflective finish on the card. There are multiple holo patterns available, the most sought-after being the cracked ice holo.

Fortnite trading cards are specifically for collecting, as there is no game to be played with them. Therefore, there are no decks or other products related to a regular trading card game such as play mats or dice.

Do Fortnite cards have codes?

Perhaps the confusion comes from the V-Bucks gift cards that are available for purchase online and in retail stores. These have no connection to the Fortnite trading cards and are disposed of once redeemed.

Can They be Used in Game?

Unfortunately, Fortnite trading cards are only made to trade and collect. Purchasing these cards add no benefit to your in-game profile. They do not have codes for V-Bucks or skins. 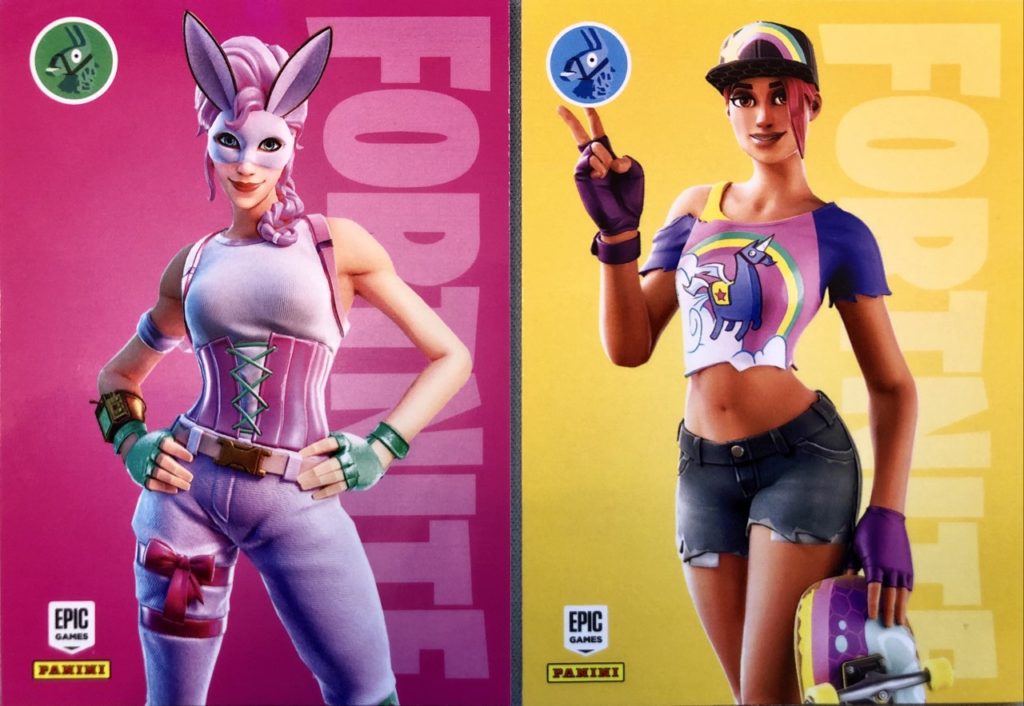 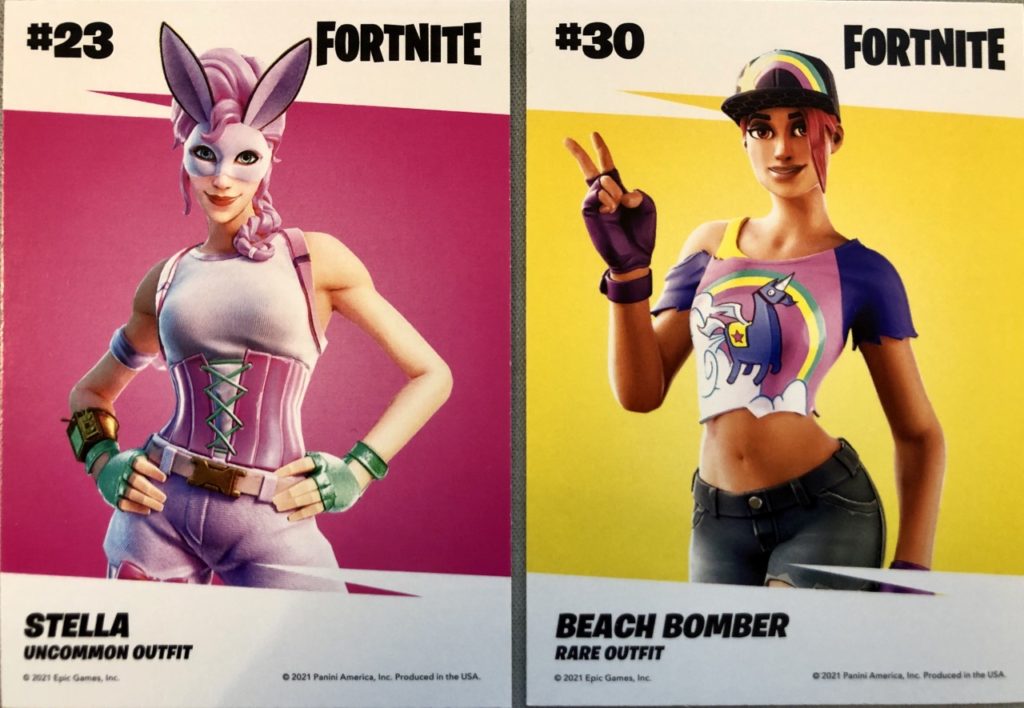 Although it has now been a few years, Fortnite trading cards still feel like the new kid on the block. If you’re a fan of the online game, you’ll probably enjoy opening some booster packs and searching for your favorite skin. However, many collectors tend to look at new trading cards as a possible investment opportunity. Fortnite has been well established as one of the most popular video games in the world. There is no doubt that the brand is valuable and deeply rooted in pop culture.

Will the trading cards stick? We simply do not know. Only three Series have been released over the span of three years, so we have yet to see the full potential of the cards from an investor’s point of view. The Series 1 sealed products have already climbed up in price, indicating a healthy market, but we have yet to see a pattern with Series 2, or 3.