So far there have been 4 different Charizard VMAX cards produced. None have shared the same expansion set, and therefore have different pull rates and prices. In this post we go over each card in detail, and include prices for each. 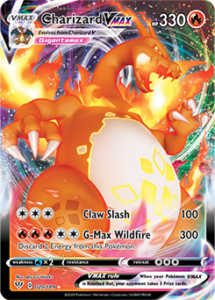 This was the first Charizard VMAX to be released, in August 2020. A card of this magnitude obviously rocked the TCG, since it is just so powerful. The price peaked a few months after release in April 2021, at about $100. It has since then dropped significantly, now available for about $35, but you can sometimes find a copy for as low as $20.

The chances of pulling this card are pretty low, as a sample size of 2,000 packs reported 4 copies pulled. That would, in theory, make this Charizard VMAX a rare card, however, Darkness Ablaze has been heavily reprinted. At this point, if you do not have a copy of this card and want one, it’s most sensible to buy one on eBay. Even the PSA 10 copies are affordable at about $110.

Should You Invest In Charizard VMAX?

The answer is yes. Actually, the answer will be yes to all of the Charizard VMAXs on this list. Charizard is always a good investment, as we have covered many times before.

But this one, in particular, is probably not where I would invest. You’ll have to check the rest of the cards below for my ideal pick. 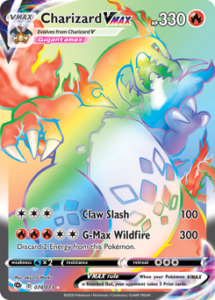 The rainbow secret rare version of Charizard VMAX was the next to be released in the Champion’s Path expansion, in September 2020. Rainbow cards are a big deal in the community, as they have such a desirable look to them. Many collectors focus on rainbow cards.

The chances of pulling this rainbow Charizard VMAX might actually be better than pulling the regular Charizard VMAX. Based on a sample size of 2,000 packs, you should pull one per every 182 opened.  That being said, Champion’s Path wasn’t printed quite as heavily as Darkness Ablaze, which could result in this Charizard VMAX being the rarer copy.

Should You Invest In The Rainbow Charizard VMAX?

If you’re interested in investing in a Pokémon card to hold onto long-term, this one is a good buy.

The price peaked upon release at around $200 but hasn’t fluctuated much since. It’s very slowly dropped down to about $150, which is a good sign that this is a strong card from an investment perspective. It will begin to increase eventually. If you need proof, look at the older rainbow cards and you can see how they’ve slowly become more collectible. 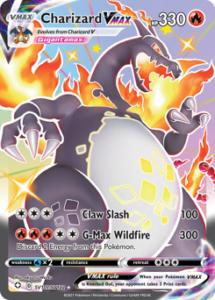 Shining Fates didn’t release until November 2021, leaving over a year gap between Charizard VMAX cards. This time it was a shiny Charizard, hidden in the Shiny Vault subset. According to a sample size of 2,000 packs, this is the hardest Charizard VMAX to pull. Your chances of pulling this one are about 1:271 packs. Ouch.

The difference between this Charizard VMAX and the others is that this one was released after the huge Pokémon card boom in 2021. Upon release, this card was selling well beyond $500 a piece, sometimes hitting as high as $700. However, times have returned back to normal and so have card prices. The card is now worth about \$85 and has been at this price point for a while.

Should You Invest In The Shiny Vault Charizard VMAX?

Shining Fates is becoming harder and harder to find, which means the price of this card is going to increase.

This one is probably a good idea to invest in. In fact, if I had to choose one from this list, it’d be this one or the rainbow one. Shining Fates was a special set, which means it was printed a lot, but since the pull rate is so low, these Charizards aren’t easy to come by. 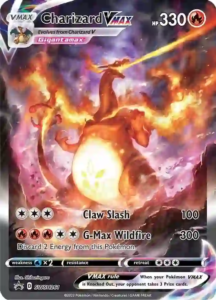 This alternate art version of Charizard VMAX is probably one of, if not the coolest Charizard artworks ever. This one came as a promotional card in the Charizard Ultra Premium Collection released in October 2022. This means that the pull rate is 100%! Unlike the Ultra Premium Collection released the previous year for the Celebrations set, this Charizard UPC was printed a lot. Because of this, the card is cheap. You really can’t pass up a card this unique for $20.

Should You Invest In The Alt Art Charizard VMAX?

For this one, I would probably say no, unless you consider this card in the long term. This card was printed to the moon and isn’t rare at all. That being said, one day in the far future, supply will start to dwindle and demand will rise. That’s when this card will increase in value. 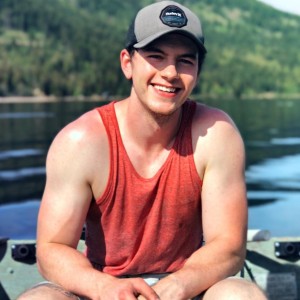